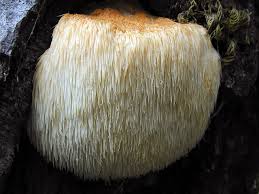 I stumbled across Lion’s Mane mushroom when I was researching supplements that would repair the nerve injury I sustained after my mastectomy.

[For those readers who have not been following my blog:  I woke up from my mastectomy only to discover that my left arm was paralysed and numb.  I had a brachial plexus C5/C6/C7 nerve injury.  Yep, bummer.] 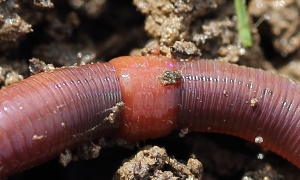 Lumbricius or the garden earthworm

I found it difficult to get hold of earthworm extract.  A supplement does exist from the US, containing lumbricus in combination with other herbs (as part of a TCM formula), and is primarily used by Alzheimer’s patients.  I asked my TCM practitioner why there was no lumbricus for sale in the UK and he said that in the UK, it was illegal to sell TCM herbal formulas containing animal substances.  And unfortunately I was too tender-hearted to start grinding up the earthworms in my garden!

So what’s the big deal about Lion’s Mane mushroom?

Here are just a few of the scientific studies on Lion Mane’s amazing ability to facilitate nerve repair, including the gold standard of double-blind placebo-controlled clinical trials:

As you can see, nerve repair includes not just peripheral nerves (of the limbs), but also of nerves in the brain, which makes it a definite contender for brain disorders such as Alzheimer’s and dementia.

How does it work?

There are two compounds, hericenones and erinacines, which seem to affect Nerve Growth Factor.  The polysaccharides and beta-glucans have cytotoxic effects on gastric ulcers and the immune system.

My peripheral nerve surgeon had not heard of Lion’s Mane mushroom (much less lumbricus), and was very sceptical.  His words were:  there is no supplement that will heal a nerve injury.

Hard to say.  I was taking so many supplements.  All I can say is that the nerve injury did get better, but only after further surgery (so in this sense, my peripheral nerve surgeon was correct).  How large a role Lion’s Mane mushroom played is hard to gauge.

Lion’s Mane mushroom extract is a dark brown colour.  When I opened the packet, there was a distinctive smell of shellfish.  When I tasted it, it was a bit like eating powdered lobster shell, with hints of marmite/vegemite and strangely tasty.

Where can I get Lion’s Mane Mushroom?

Better still, if you subscribe to Oriveda’s current newsletter, you will get a special 10% discount until their next newsletter.

Vote for me! Sponsor me!

My blog has recently been added to Blog Nation, which is part of one of the largest networks of blog directories on the Web. Please visit my blog's personal page to vote for my blog and comment to other blog users.
%d bloggers like this: